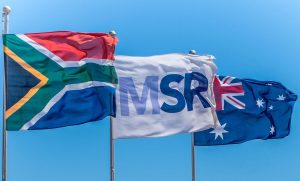 Situated ∼360kms north of Cape Town on the west coast of South Africa, Tormin is a high grade placer beach mineral sands deposit hosting some of the richest grades in the world of naturally occurring zircon, ilmenite, rutile, magnetite and garnet.

Tormin is unique due to the rate that mining areas are naturally refurbished and the speed that the mineralisation actively replenishes. The Heavy Minerals (“HM”) in the beach are regularly replaced by the transport of new sediments from deeper waters, much of which has derived from the erosion of deposits accumulated in the elevated historic beach terraces onto the present beach. This replenishment occurs as a result of the natural highly dynamic nature of sediment transport processes on beaches in this area.

Since operations commenced at Tormin, the Company has mined over four times the initial Indicated Resource of 2.7 million tonnes at an average head grade of over 32% Heavy Mineral Sand (“HMS”) over the life of mining. 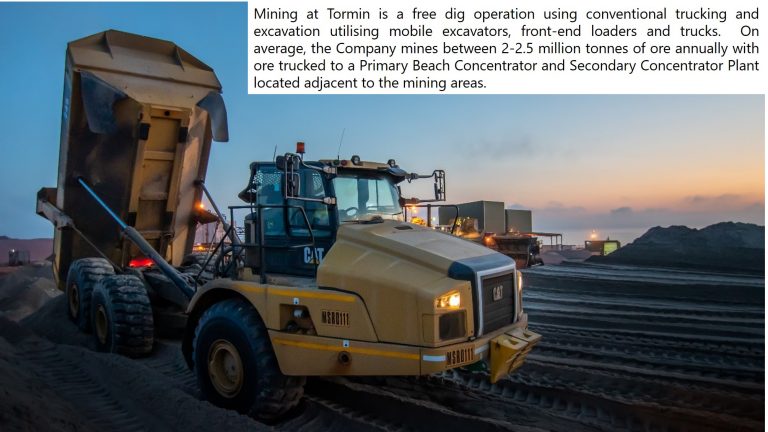 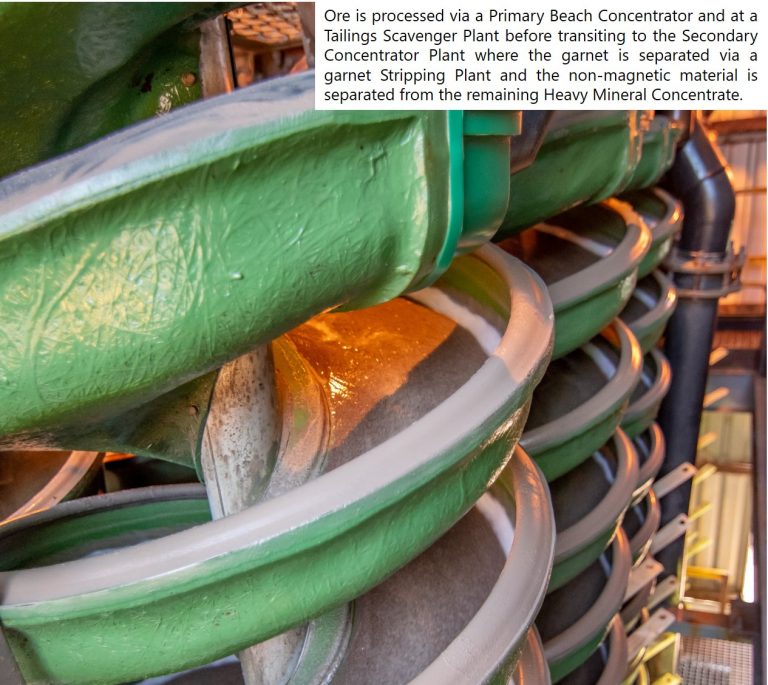 Mining at Tormin currently occurs over a 12km zone of beach area directly in front of the existing processing infrastructure. The areas surrounding the now granted mining tenements at Tormin are also highly prospective for HM with the beaches and inland strandline (previous shoreline) areas being previously explored and mined by South African company, Trans Hex, for diamonds. As a result of this historical exploration, the occurrence of HM and the geology are well understood.

As well as the granted Mining Rights (yellow), the Company holds prospecting rights and has applied to expand mining to the adjoining beaches directly north and on the Inland Strand areas adjacent to the existing Tormin mining operations (red). 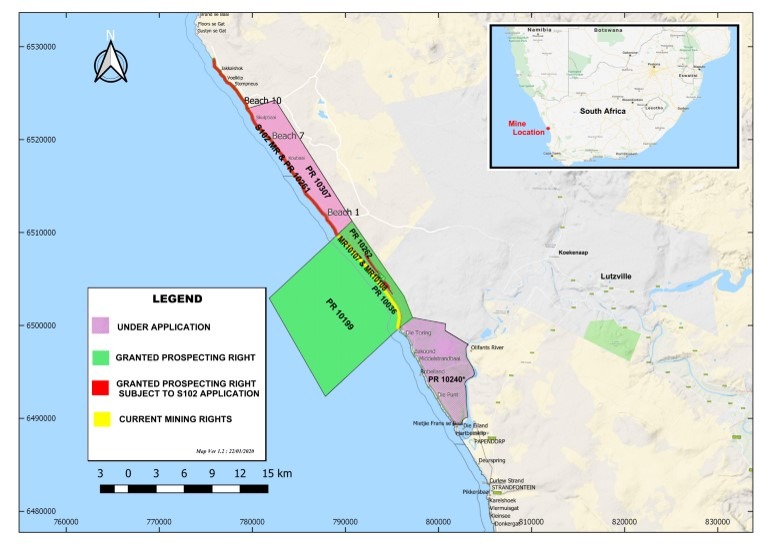 The Company also has several related Prospecting Right applications pending which, subject to approval, will increase mining and development activities at Tormin (purple).

Prospecting Right 10262 (“Inland Strand”) – The Inland Strand incorporates an area approximately 12 in length, covering 1741 hectares of coastal area immediately adjacent to the existing mining operations on the Company-owned farm, Geelwal Karoo 262. The inland palaeo strandline has been identified by geophysics and supplemented by historical sampling. There is also substantial data reflecting the presence of multiple palaeo standlines running parallel to the coastline and within the current Inland Strand prospecting tenure. This deposit has undergone historical exploration since the 1930s (Haughton 1931, Toerien & Groenveld 1957, Abele 1989, Swart 1990, Barnes 1998), with exploration drilling work undertaken by Trans Hex between 1989 and 1991. 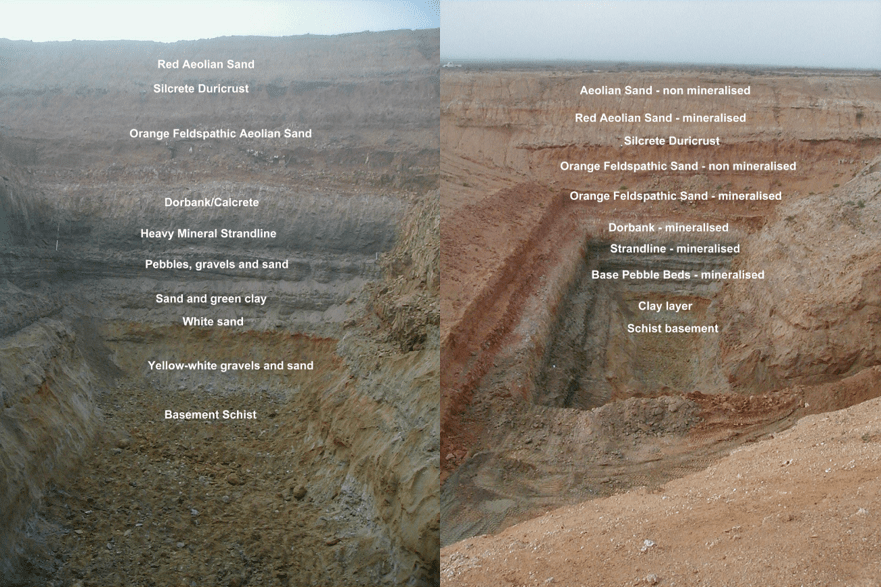