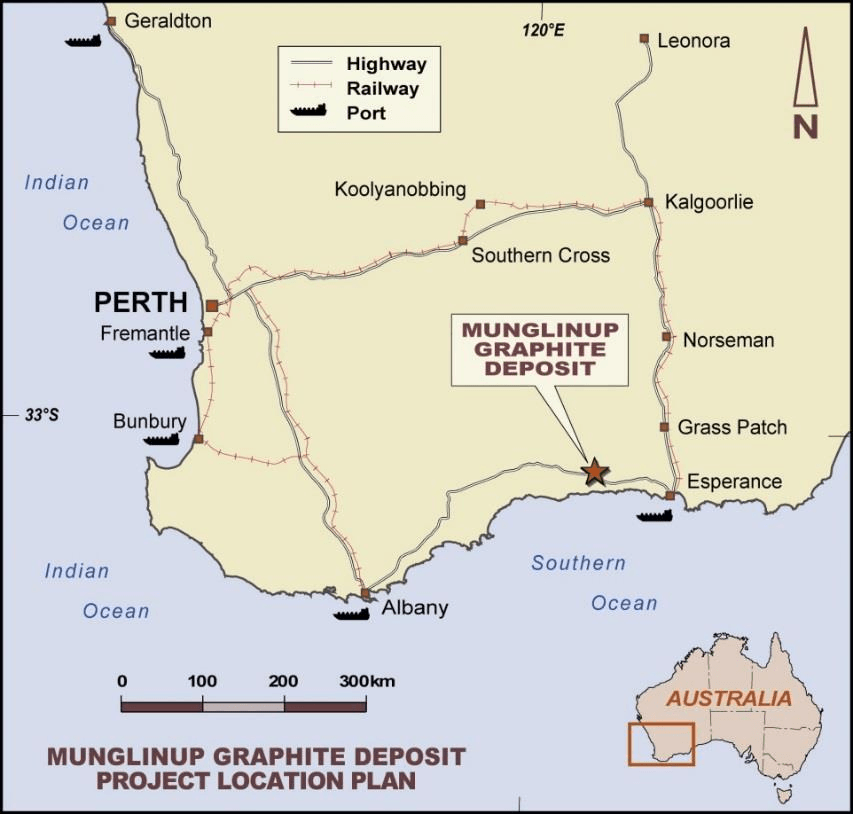 The Munglinup Graphite Project (the Project) is located 105km west of Esperance, 85km east of Ravensthorpe and 4km north of the town of Munglinup in the South Coast region of Western Australia.  Graphite within the project area has been identified, studied and historically mined by several companies over the last 100 years.  The Project is situated within Mining Reserve R24714 and is covered by tenures M74/245 and E74/565.

The Munglinup graphite deposits have been held and explored by several companies, prospectors and groups over the last 100 years. The first exploration shafts were constructed before 1917; mining records indicate that a small amount of graphite was extracted during the 1920s and later likely used as part of the war effort. The small, shallow prospecting shafts which were targeted at that time are located over the known ore zones.

The operation will have a nominal throughput of 400ktpa and produce an average of 54.8ktpa of high purity graphite concentrate. Initial mine life is nine years.

Processing will be via a reasonably standard flotation circuit with a trommel front end, a rougher and five cleaner flotation stages with attritioning between stages. Tailings will be thickened and sent to a conventional tailings storage facility.

Graphite concentrate will be sold in concentrate form as well as being used as potential feedstock for further downstream, value add processing currently being assessed by MRC.

The Munglinup Graphite Project will produce on average 54.8ktpa of high purity graphite concentrate per year at a life of mine production cash cost of circa A$531/t graphite.  Current basket pricing for Munglinup graphite concentrate based on Benchmark Minerals Intelligence and Roskill pricing data is estimated at around A$1,300/t.  Initial capital costs are estimated at A$52 million including 15% EPC costs (A$5.5M), 15% contingency (A$6M) and all owners’ costs (A$3M).

No fatal flaw risks associated with the project have been identified. Mineral Resource risk is minimal as historical core and recent drilling programs have validated the geological model.  Mining risk is estimated to be low with the project requiring small open pits in saprolitic material, and not requiring drill and blast. Geotechnically the project is conservative with overall pit angles of 45 degrees in the foot wall and 36 degrees in the hanging wall.  Metallurgical risk has been reduced through significant testwork.  Metallurgical performance of the Munglinup mineralisation is in line with comparable deposits. The proposed flowsheet is relatively straight forward. There is risk associated with progressing from benchtop to full scale, but this will predominantly result in schedule issues only. Scale-up risks may in part also be addressed through pilot-scale testing.

Infrastructure is excellent with process water available on site, mains power and the South Coast Highway are within a few kilometres of the deposit. The Esperance township, including a significant port is 112 kilometres away. Analysis of the groundwater shows that the water is saline (slightly below sea water) but other than that, has no significant issues.

The Mining Lease sits co-incident to a Mining Reserve which has resulted in Native Title being extinguished.

Environmentally, the project is in a sensitive area which will require working through a set process. There is a risk that significant delays may ensue as the required process is undertaken. Work to date suggests that the risk of having the project reviewed under the EPA and EPBC is low to medium and a plan has been developed and put in place to reduce this risk.

MRC will be in an excellent position compared with other potential and current operators. The Munglinup deposit is extremely high grade when compared to its peers as shown in the chart below (Munglinup Ore Reserve of 3.4Mt @ 15.9% TGC).  This high feed grade allows the project to be cost competitive and is projected to be in the first quartile of the cost curve.

The high grade also allows for lower capital costs to develop the project thanks to smaller throughput requirements.

The other main competitive advantage MRC will have over most other current and future producers is that the Munglinup operation is in a stable, Tier 1 jurisdiction.  Consistency of supply is a critical property for graphite customer, specifically those in the high value spaces such as energy storage.  With majority of supply coming from China and East Africa, Munglinup offers the potential to be a long term, stable, consistent supplier of high purity graphite. 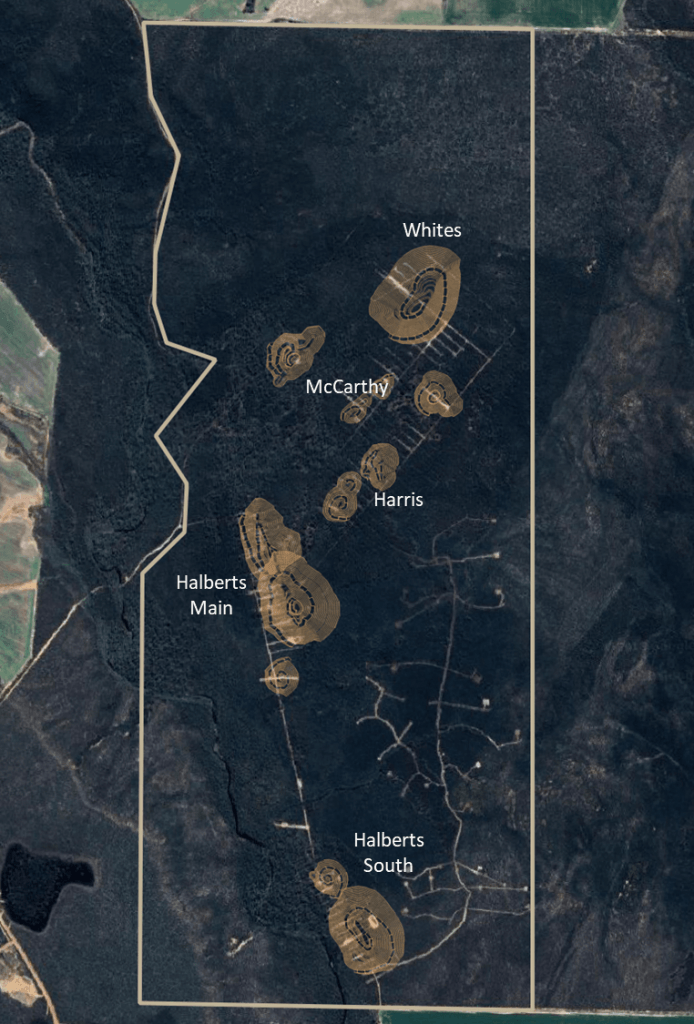 The Munglinup Graphite deposits occur within a zone of graphitic schists in a sequence of hornblende and hornblende-garnet gneisses. Graphite occurs in layers “seams” in metamorphosed carbonaceous schists and gneisses. Within the gneissic rock mass, rocks containing the Munglinup graphite deposits consist of a succession of tightly folded metasedimentary rocks with a consistent dip to the southeast. All known intersections of graphitic material occur within saprolite consisting of clays, quartz, graphite (up to 25% flake) and goethite. Weathering extends down to at least 60m with individual graphitic horizons varying in thickness up to a maximum of 14m.

A simplified small tonnage, open pit mining operation has been envisaged for the Munglinup Graphite Project. 40t to 90t class excavators and 45t articulated dump trucks will comprise the main load and haul fleet with auxiliary bulldozers, graders, rollers, and loaders. At this stage no drill and blast activities are anticipated with exploration drilling showing the mineralisation and host rock to the modelled depth is free dig. 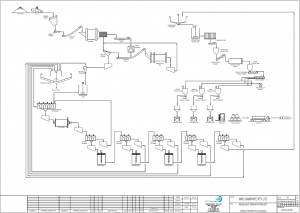 Ore from the open pits will be transported to the ROM Pad where it will be stockpiled and processed through the processing plant. The processing plant is designed to treat 400ktpa of ore. Ore will be scrubbed, followed by grinding, with graphite recovered by flotation. The ore processing will include inter-stage repolishing re-grind milling of flotation cleaners’ concentrates to improve liberation and hence product purity, whilst protecting the size of the graphite flakes. The flotation concentrate is then dewatered, dried and bagged.

The processing plant will have a dedicated tails thickener and concentrate thickener. The overflow from both thickeners will gravitate to the process water pond for re-use within the process plant. Water demand is estimated to average 1m3/t mill feed.